Who I Am and What I Hope To Achieve As Mayor

I am a retired businessman who spent all of his life before retirement in Concord, North Carolina.  The only exception is the two years I spent in the United States Army, one of which was in Vietnam serving our country.

I chose to retire after my wife was diagnosed with Ovarian Cancer to spend time with her and to travel as long as she was physically able.  After she passed away, in February of 2016,  I decided to move to North Myrtle Beach.  I love the city, the area and the friendly atmosphere of the wonderful people who live here.  We had purchased a condo here while she was still alive which allowed me to make the transition as a normal progression in life.

My instant love for the city brought me to the decision to seek the office of Mayor.  I have nothing but the highest regards for Mayor Hatley and all the many things she has accomplished over the last 20 years.  My dream is to take North Myrtle Beach to the next level.

In addition to running a multi-million dollar business most of my life, I spent significant time in the political arena with the goal of making things better both for businesses and for individuals.  Over the last 20 years, I served at the Pleasure of the Governor, both Republican and Democrat, on numerous Commissions and Boards.

I have been labeled as a Conservative whose views match the Middle-of-the-road ideas of the majority of our American citizens.

I see the greatest challenges for the next 4 years to be:

Growth Control to maintain the quality of life the residents of North Myrtle Beach want and expect.  This Growth Control is not designed to stunt the growth but instead to make it a course of action which financially supports itself instead of the current policy.

Traffic Control Plan of Action supplemented with increased road maintenance and improvements.  I spent 3 years on the “Governors Blue Ribbon Commission to Study Urban Transportation Needs”.  We deliberated over many recommendations from some of the top transportation strategists. We studied projects and designs which would benefit North Myrtle Beach when implemented.

Budget Control will be necessary for the residents of North Myrtle Beach to maintain the current tax level.  Running a government entity is much like running a business. I have many years of experience with a degree in Business Management.  The proposed improvements for North Myrtle Beach must be funded without a Property Tax Increase to our permanent residents.

Business Growth support and policies which will revitalize the current slow-moving local economy and allow the City of North Myrtle Beach to not only restore the $2 Million Dollars in lost revenue from March of 2020 until the Present, but to simultaneously increase that revenue and benefit both our Local Residents and our Hospitality Industry.  Plans need to be based not on the Economic Lagging Indicator but on a Projected Business Action Plan,

As your Mayor, I would implement procedures encouraging every resident to express their thoughts and views through the establishment of both private and public methods of communications with my office including Open Access Availability. 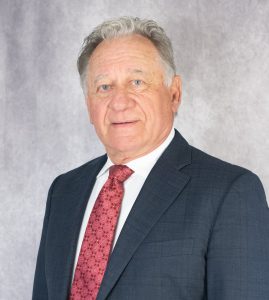